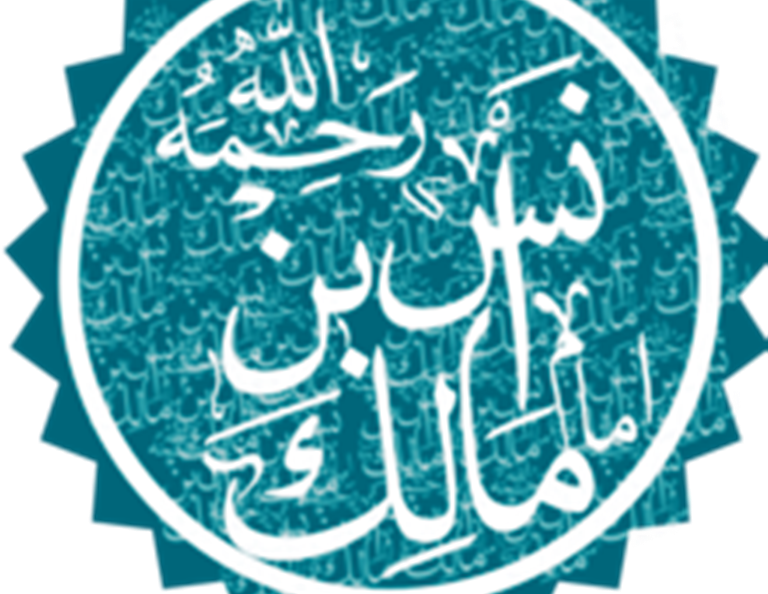 Imam Malik was the Imam of the abode of the Hijrah in which the truth was victorious and Deen was established, from which the other lands were opened [to Islam] and from which came uninterrupted support. He was called the man of knowledge of al-Madinah, and his knowledge spread wide to all the provinces and became famous in all the other regions.

People exhausted camels in journeying to him and they traveled to him from every distant road. He was appointed to teach when he was seventeen years old, and he lived for almost ninety years. Those who followed after him bore witness to his knowledge of Fiqh and Hadith (Ibn Anas, 2004, 9).

His Lineage, Birth and Death:

His full name is Malik Ibn Anas Ibn. Malik Ibn. Abi Amir al-Asbahi, and his kunyah (teknonym) is Abu Abdullah. He was born in the city of al-Madinah and most widely accepted date of his birth is (93/711) (Abu Zahra, 2010, 1). Other Names related to him are: Imam Darul-Hijrah and al-Madani due to his remaining in al-Madinah for the majority of his life (Ibn Anas, 2014, XXXV). His ancestors have originated from Yemen, but his family had become integrated into the Quraishi clan of Taym b. Murra (El Shamsy, 2013, 19). Imam Malik’s mother’s name is Aliyah bint Sharik al-Azdiyyah (Abu Zahra, 2010, 1). He had four children: Fatimah, Hammad, Muhammad and Yahya (Ad-Dakr, 1998, 30)

His upbringing and Knowledge Seeking:

Imam Malik’s early teenage years remain mostly unknown, though there are accounts indicating that he pursued religious education at the age of eleven (11). He memorized the Qur’an in his youth, and learned recitation from Imam Abu Suhail Nafi’i b. Abdur-Rahman (~117/735) (El Shamsy, 2013, 20). He grew up in a household which was engaged in the science of Traditions and Hadith. His family was interested in the knowledge of the reports and traditions of the Companions (RA) and their Fatwas (Abu Zahra, 2010, 3).

Imam Malik was surrounded by the very gardens of al-Madinah. The site where tradition flowed from the purest spring, where the complete mass of tradition recognized as trustworthy and well-authenticated was first collected (Motzki, 2002, 6). He did not set foot outside al-Madinah for the purpose of acquiring knowledge.Imam Malik’s chain of narrators was considered the most authentic and called Silsilat uz-Zahab (The Golden Chain of Narrators) by notable Hadith scholars including Imam al-Bukhari (256/870).

The remarkable work of Imam Malik was to set out to codify the hitherto aural normative tradition of al-Madinah into an authoritative written form (El Shamsy, 2013, 21). He also authored many books, the most popular one is: Al-Mu’atta (The Approved): It is considered to be both the first book written on Hadith and the first on Fiqh (Abu Zahra, 2010, 70). It was comprised of the sound narrations from the Prophet (SAW), together with the sayings of the Companions, their followers, and those after them (RA). Imam Malik said: “I showed my book to seventy scholars of al-Madinah, and every single one of them approved it for me, so I named it al-Mu’atta (The Approved)” (Abu Zahra, 2010, 67).

Some of the great Muslim scholars of the past widely regarded Imam Malik as the scholar of al-Madinah as mentioned by the Prophet Muhammad (SAW) who had said: “Soon people will beat the flanks of camels seeking knowledge, and they shall not find a single person more knowledgeable than the erudite scholar of al-Madinah” (Al-Tirmidhi, 2007, 76).

The most notable character of Imam Malik was his humbleness, modesty, and farsightedness.

When the Abbasid Caliphs Abu Ja’far al-Mansur (~158/775) and Harun ar-Rashid (~193/809) requested that Malik allow them to make his collection of Hadith, called ‘al-Muwatta’, the official authority1 in the state on Sunnah2, he refused on both occasions, pointing out that the Sahabah had scattered throughout the land and had left behind many Hadith not found in his collection. Thus, Malik when he turned down the opportunity to have his mazhab made the official mazhab of the Islamic state, in so doing he set an example that others might have been wise to follow (Philips, 1990, 121-122). Even when Caliph Abu Ja’far wanted Imam Malik to read his book to the princess, the scholar replied: “Knowledge does not go to the people but people come to it”. When the Caliph requested that other students should not join the class with the princess, he refused this saying that they should sit where they found an empty place (Al-A’zami, 2002,117). He was firm on standing for truth. When the governor of al-Madinah summoned him and tried to make him take back his words and he refused, the governor ordered him stripped his clothing and whipped. His hand [which held the pen] was beaten so badly that his shoulder was dislocated. Imam Malik still refused to take back his words (Mernissi, 2002, 19).

Imam Malik said, “I am only a human being. I make mistakes and I am correct,

so examine my opinions. Whatever agrees with the Qur’an and the Sunnah, then take it.

Whatever does not agree with them, then abandon it”.

Almighty Allah (SWT) said: ((Allah will raise up to (suitable) ranks (and degrees) those of you who believe and who have been granted Knowledge: and Allah is well-acquainted with all ye do)) (Qur’an, 58, 11).

Imam Malik’s students, followers, disciples, and associates collected his reports and preferred opinions and summarized them, edited them, derived rulings on issues from them, and discussed their principles and proofs. They (eventually) dispersed to Northwest Africa (Maghreb and Bilād As-Sūdān) (Hermansen, 2011, 20). The majority of the students came from Hijaz [now Saudi Arabia], Egypt, North Africa and al-Andalusia [now Spain]3. He attracted students from all parts of the Umayyad and Abbasid empires, including significant numbers from Iraq, Syria, and Khurasan [now Afghanistan, Iran, Turkmenistan, and Uzbekistan]. The fact that many of his students who were older lent him additional authority because his was a culture that venerated the elderly and looked to them for wisdom (Abd-Allah, 2013, 48-49).

Imam Abu Zahra said: “Maliki Fiqh was transmitted in two ways: one was by the books which Malik wrote and which are related from him and the soundness and strongest of those in the al-Mu’atta. The second was through his students. They transmitted his Fiqh and many books were transmitted from them. No other Imam is known to have had such a large number of students as Malik. They were very numerous indeed and came from all over the world” (Abu Zahra, 2010, 82). Amongst this group were Imam Malik’s own teachers4, scholars, peers and subordinates.

2– The Sunnah include everything, other than the Qur’an, which has been transmitted from the Prophet (SAW); what he said, did, and agreed to (Al-Alwani, 1990, 7).

3– Al-Malikiyah (Malikism) in Andalusia was established by royal authority (Melchert, 1997, 40).

4– Imam Malik said: “All those I acquired knowledge from them before they died returned back to me to seek knowledge” (As-Shirazi, 1970, 68).