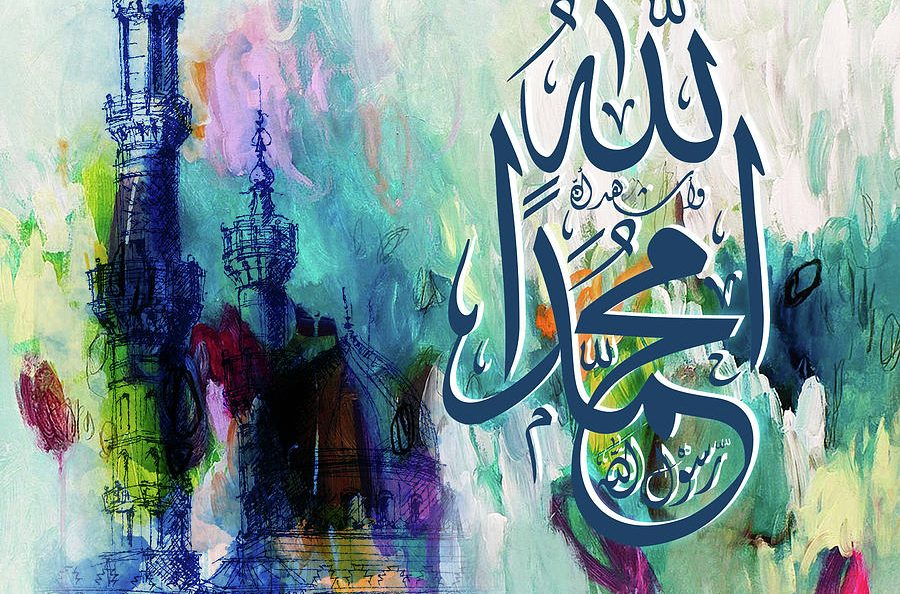 IN THE NAME OF ALLAH THE MERCIFUL, THE COMPASSIONATE

“Islam is founded on five things:

Bearing witness that there is no god but Allah and that Muhammad is His slave (servant) and His Messenger. Establishing Prayer, Paying the Zakat (Wealth-tax or almsgiving), Fasting the month of Ramadan,and Performing the Journey to the House (Pilgrimage to Makkah) .”

THE DUAL DECLARATION OF FAITH “SHAHADA”

That is, bearing witness that there is no god but Allah and that Muhammad is His slave (servant) and His Messenger.

This must include belief with the heart and pronouncing with the tongue. In detail there are 40 BELIEFS –

10 – THE NECESSITY OF WHICH IS ACCEPTED

10 – THE IMPOSSIBILITY OF WHICH IS ACCEPTED

10 – THE EXISTENCE OF WHICH IS ESTABLISHED

10 – THE COMING OF WHICH IS CERTAIN

THE TEN NECESSARY THINGS (WAJIBA) THAT YOU ACCEPT ARE:

1. That Allah is One, undivided in His essence.

2. That there is no second with Him in His divinity.

3. That He is Living, Self-Subsistent.

4. That He is neither diminished (by time) nor does sleep overtake Him.

5. That He is the God of everything and its Creator.

6. That He has power over everything.

7. That, He knows what is outwardly apparent and what is inwardly hidden: ‘Not an atom’s weight escapes Him, neither in the heavens nor in the earth.’

8. That He wills every created thing – bad or good – ‘What

He willed came into being and what He did not will, did not.’

9. That, He hears, sees and speaks without any bodily parts and without instrument – rather, His hearing, seeing and speech are some of His attributes, and His attributes do not resemble ordinary attributes.

10. Similarly, His essence does not resemble ordinary essences. ‘There is nothing like Him – and He is the hearer and the Seer.’

THE TEN IMPOSSIBLE THINGS (MUSTAHILA) THAT YOU ACCEPT ARE:

2. That non-existence is impossible for Him – rather, He is by His attributes and names Pre-Existent, Going-On, Eternally Existent, standing in judgment over every self for what it has earned. He has no first and no last – rather, ‘He is the First and the Last.’

3. That it is impossible that there is a god other than Him: ‘If there had been any gods except Allah in heaven or earth, they would both be ruined.’

5. That it is impossible that one affair takes His attention from another in His decreeing and His giving orders.

6. That it is impossible that any place in His heavens or His earth contains Him – rather He is as He was before the creation of place.

7. That it is impossible that He is either substance or body or that He has a shape or a form, or that anything resembles Him and that He has a likeness – rather He is the One, the Eternally Self-Subsistent who has not given birth, nor was He born, nor does He have any equal.

8. That it is impossible that events and changes change Him or that defects and damage reach Him.

9. That it is impossible that injustice attaches to Him – rather the whole of His decree is wisdom and justice.

10. That it is impossible that any of the acts of His creation is without His decree and His act of creation and His will – rather, ‘The words of Your Lord are complete in their truthfulness and justice – no-one can change His words’ – ‘He leads astray whom He wishes and He guides whom He wishes’ – ‘He is not asked about what He does but they will be asked.

THE TEN THINGS, THE EXISTENCE OF WHICH IS ESTABLISHED, THAT YOU ACCEPT ARE:

That Allah, may He be exalted, sent His Prophets and His Messengers to His slaves.

2. That He sent down on them His signs and His books.

3. That he sealed messengerhood with our Prophet Muhammad, may Allah bless him and grant him peace.

4. That, He ‘sent down on him the Qur’an as a guidance for mankind with clear proofs in its guidance and discrimination.’

5. That it is the speech of our Lord, neither created nor creating.

6. That the Prophet, may Allah bless him and grant him peace, was truthful in what he told.

7. That his law (Shari’ah) abrogates all the other laws.

8. That the Garden (Paradise) and the Fire (Hell) are real.

9. That they are both in existence, prepared for the people of misery and happiness.

10. That the angels are real – some of them recording, writing the deeds of the slaves, and some of them messengers of Allah to His Prophets and some of them ‘severe harsh angels who do not disobey Allah in what He orders them to do and who do as they are commanded.’

2. That people will be tried in their graves and they will be given ease and given torment therein.

3. That Allah will gather them together on the Day of Rising– as He made them originally, they will return.

4. That the Reckoning and the Balance are real.

5. That the Path (Sirat) over the Fire to the Garden is real.

7. That the people of right action will be in bliss in the Garden.

8. That the kafirun will be in the Fire in intense heat.

9. That the muminun will see Allah, the Mighty, the Majestic, with their eyesight in the Next World.

10. That Allah the Exalted will punish with the Fire whoever He wants of the people of serious wrong action (kabira) among the believers and will forgive whichever of them He wishes, and He will take them out of the Fire to the Garden by the overflowing generosity of His mercy and the intercession of the Prophets and the right-acting people among His slaves until none but the kafirun will remain in Jahannam – ‘Allah does not forgive that any partner be associated with Him, but He forgives whomever He wishes for what is less than that.’