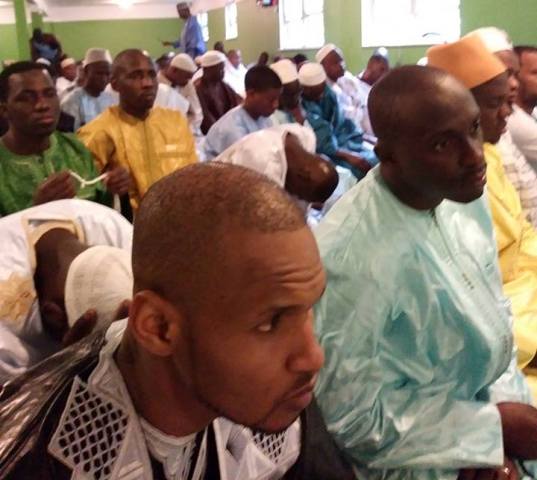 Roselawn Masjid (previously known as Mulberry Mosque) was established in the late ’90s under the leadership of Cherno Issa Dia (Rahimahullah) and the Imam Cherno Ahmad Dia. Initially, it was just a one-bedroom apartment, rented by the residents of 1 Mulberry Ct, Apartment complex, which they use for their five daily prayers.

As for the Friday prayer and the two Eids they would join the other larger Muslim communities such as West Chester Mosque or Clifton Mosque. Several years later, the Muslim community in the Lockland (Cincinnati) and the Surrounding areas grew significantly larger. In 2003, the community felt the need to be more organized and to plan for the future, especially, after many of them were joined by their families (wife and children). A General Meeting was convened on Sunday 24th of July 2003, which took place at the Mulberry Mosque after Asr prayer to discuss the first steps to be taken toward organizing the community. After the preliminary discussions, a committee was elected to carry on the work of creating a legal entity that would represent the religious and the social interest of the community. The Committee’s efforts have resulted to the creation of the Greater Cincinnati Islamic Association and its incorporation with the Ohio Secretary of State on the 16th of September 2003 as a non-profit corporation. On the 15th of December 2003, Greater Cincinnati Islamic Association was assigned its Employer Identification Number (EIN) by IRS with a status of 501(c)(3). Greater Cincinnati Islamic Association has also been registered with Ohio Attorney General Charitable Law Section on the 8th of July 2004 as a charitable non-profit organization.